No new taxes in 2020 – Deputy Minister of Finance. 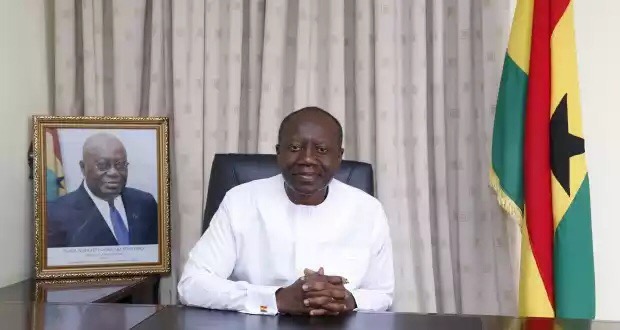 The government has no plans of introducing new taxes in the 2020 budget to be laid before Parliament in November, a Deputy Minister of Finance, Mr Kwaku Kwarteng, has assured.

In what is expected to be a welcome relief for businesses and their employees and the public in general he said rather, the government would review some of the tax reliefs it granted in the previous budget.

In an interview with the GRAPHIC BUSINESS on the sidelines of the 2020 budget stakeholder meeting in Accra on September 6, he said one of the reliefs to be considered for review will be the benchmark values policy which halved the base of taxation for importers.

“We are reviewing this policy because we are getting feedback from domestic manufacturers that, in some specific areas, this policy is counterproductive.”

“We are taking a close look at these concerns and in the 2020 budget, we will address them,” he stated.

Mr Kwarteng also noted that although the luxury tax had been withdrawn, the law that repealed the policy “said if you are in default and supposed to have paid before the law was repealed, you are still required to go and pay.”

“If you also paid after the withdrawal of the policy, it does not mean you are entitled to a refund,” he said.

The outturn, compared to target, represented an execution rate of 97.1 per cent and a per annum nominal growth of 20.0 per cent compared with 23.1 per cent in 2017.

“If you consider the improvement we have year after year, revenue is doing quiet okay and performing above trends.”

He said although the revenue target in the 2019 budget was ambitious, he said this was because of the additional revenue measures the government rolled out in 2019.

“We are expecting to see returns on those measures and the broad strategies regarding revenue mobilisation.”

“Our target has not been achieved so far but that doesn’t surprise us because if you look at some of the measures in 2019, at the end of the first quarter of 2019, we deployed the benchmark policy that halved the base for taxation for importers.”

“This was a was a huge relief at the port and the expectation was that this would lead to the further expansion of the economy, so yes, we are lagging behind revenue but we are confident that the strategies would ultimately lead to expanded economic activities which would then bring in the needed revenue,” he explained.