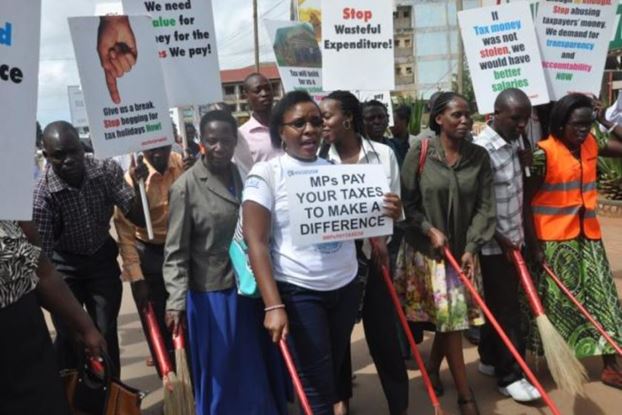 There is growing international attention on tax collection in low-income countries. This attention is only amplifying in light of the increased revenue pressures faced by governments around the world as a result of the Covid-19 pandemic. While governments will be seeking new revenue sources in the coming years, increased revenue is only desirable in so far as it supports fairer and more equitable outcomes, which are affected both by how revenue is collected and how it is spent. The promised benefits of investing in tax systems are likely to depend on the ability of taxpayers to generate pressure for fair and equitable taxation and the consistent translation of tax revenues into public benefits. This raises new concerns in light of the major inequities that are resulting from and being reinforced by the pandemic and policy responses.

This reality implies that greater attention should be paid to the role that civil society—including NGOs; community, business, trade, and professional associations; traditional authorities; and the media—can play in shaping tax reform agendas at the local, national, and international levels. Civil society can play an influential role in helping to achieve more equitable taxation by advocating for fairer tax systems and strengthening the ability of taxpayers to hold governments to account. Despite this potential, we do not know very much about how civil society can actually help to achieve more equitable and accountable tax systems in practice. Given growing inequities as a result of the current crisis, understanding the potential role of civil society in ensuring more equitable tax policies—and how to support this—is now more important than ever.

Civil society can contribute to more equitable tax systems by playing an advocacy role. Effective advocacy may point to key areas of policy and administration reform, including supporting more effective taxation of the wealthy, reducing heavy burdens on the poor, and increasing fairness in administration. While these initiatives should have constituencies for advocacy, in practice advocacy and reform have proven consistently challenging for two key reasons:

These challenges point to the need for advocacy strategies that can build positive political power to overcome entrenched resistance. Doing so is likely to mean engaging broader constituencies in tax debates by making them more relevant and accessible beyond traditional circles, while building trust in tax systems so as to shift from anti-tax advocacy toward advocacy for better taxation. At the same time, advocacy strategies may be more effective if they are driven by and responsive to local priorities. While campaigns in different contexts may have different priorities, the hope is that broader advocacy campaigns can retain coherence by focusing on the overarching goals of fairness and equity. Recent experience points to several potentially useful strategies, including strengthening the links between locally-owned research and advocacy and between taxation and expenditure.

Civil society may further contribute to more equitable taxation by strengthening the ability of taxpayers to hold governments to account. To do so, it may encourage popular mobilisation around tax issues to improve the ways that revenues are used and may serve as a platform to support broader demands for accountability. Evidence suggests that in some contexts the expansion of taxation has helped to empower taxpayers to demand greater responsiveness and accountability from governments, with new taxation both mobilising and empowering taxpayers. It is equally clear, however, that such positive tax bargaining is far from guaranteed: it depends, most fundamentally, on taxpayers being able to mobilise and wield the power necessary to make effective demands on governments. In many low-income countries, however, taxpayer engagement has been limited, largely due to three issues:

Given these challenges, increasing tax literacy and the transparency of tax systems is thus particularly important. Governments across sub-Saharan Africa have adopted a wide range of initiatives to promote tax literacy, including national taxpayer days, tax education in schools, radio and TV programmes, and social media campaigns. There has been, however, almost no evaluation of the impact and outcome of these initiatives. Moreover, recent research shows that efforts to improve tax transparency and tax literacy are often limited in practice, with information often remaining inaccessible and insufficiently meaningful to the majority of taxpayers. More fundamentally, even with improved tax literacy, the impact of greater knowledge may be limited without strengthened taxpayer mobilisation and engagement. Accordingly, civil society can play an effective role in improving taxpayer engagement by acting in three key ways:

Overall, civil society strategies may be most effective if they combine different channels of influence; for instance, educating citizens about tax issues, while also helping to mobilise social actors to keep government accountable and responsive. Without this link, there is the risk that increased taxpayer education and transparency is not actually translated into meaningful action or greater equity and accountability.