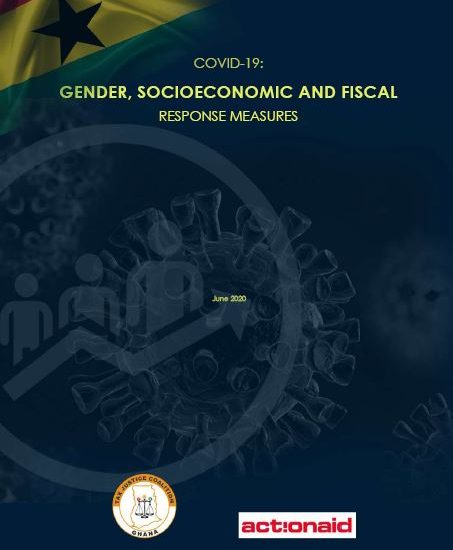 Introduction
Most developing countries have limited capacities to handle the socio-economic fallout of the COVID-19
pandemic and are already facing significant difficulties and would continue to face them in the
foreseeable future. The pandemic has far-reaching consequences beyond the spread of the disease
itself. These consequences include supply-line shortages, decreased business activities,
especially in the service sector as a result of lock-downs around the world to contain the virus.
The economic disruption and the decline in hours of work across the world is now equivalent to
the loss of more than 300 million full-time jobs, according to the International Labour
Organization (ILO). The ILO estimates that an additional 420 million more people will fall into
extreme poverty while the World Food Programme (WFP) predicts that 265 million people could
be facing malnutrition. The World Bank has also estimated that the crisis will push some 11
million people into poverty as a result of this. But the developing economies, where most of this
impact will be felt, have little fiscal room for maneuvering compared to the richer countries.
The economic fallout globally includes weakened trade and remittances to developing and emerging
economies which the IMF estimates at about $100 billion and which is projected to increase global
poverty. Capital outflows from emerging and developing countries is also projected at $100
billion by the IMF in the first two months alone. UNCTAD projects that foreign direct investment
could fall by up to 15% globally as against earlier prediction in January 2020 of about 5% between 2020
and 2021. For developing countries, this decline will affect commodity exports to the detriment of their
economies. In many developing economies, such as Ghana, the pandemic and its impact would be
exacerbated by existing problems such as poor delivery of clean water, food, electricity and
sanitation as well as a fragile economy, high unemployment , pervasive inequalities and food
security issues.
It is feared that the COVID-19 is in line to cause one of the largest global recessions in history.
The disruption to global production units and attendant job losses is increasingly becoming a big
worry. The IMF has predicted that the global economy would contract by about 3% in 2020
(WEO, April 2020). In Ghana, real GDP is projected to contract from 6.8% to 1.5% in 2020.

Fiscal responses are particularly limited in developing countries such as Ghana due to the fragile
economic situation. Moreover, as the pandemic hits jobs and wages in many sectors of the global
economy, a slowdown in remittances of migrants in developed countries back home rears its
ugly head.
The particular vulnerability of poor countries is apparent. The World Bank has pledged US$160
billion over the next 15 months to aid both immediate health priorities and longer-term economic
recovery. It remains unclear whether that US$160 billion is adequate and will reach vulnerable
households, particularly given the negative impact of the World Bank and IMF’s past
interventions and programmes, have had on the health care systems of many developing
countries due to strict spending conditions. Also, the G20 announcement of debt payment
suspension for 77 least well-off countries, estimated at $12 billion, is a welcome relief. These are
important measures that can help alleviate some of the plight of developing countries during the
pandemic and beyond. However, policymakers must be ready to make the right choices and
ensure efficiency and effectiveness in implementation.